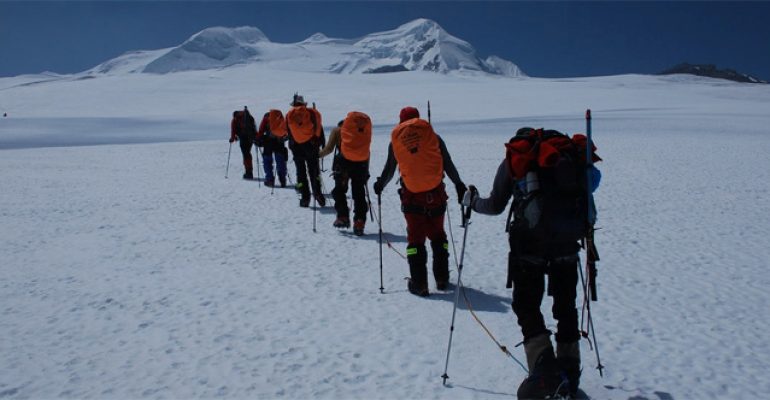 The Himalaya are extended from  eastern India Assam west to Afghanistan. It is a chain of the highest mountains on earth and it covers  a region of deep religious and cultural traditions as well as an amazing diversity of people. A trek in Nepal is a special  mountain experience.

If you have the time and interest to trek, you won,t regret experiencing spectacular beauty and the unequaled culture of Nepal on foot! Fortunately, there are still only a few roads extending deeply into the hills, so the only way to  visit the remote regions of the country is in the slowest and most intimate manner – walking. It need more time and effort, but the rewards are greater. Walking each step provides new and interesting viewpoints. You will comprehend your day as an entity rather than a few highlights strung together by a ribbon of concrete. Each step follows the footsteps of Admond Hillary, Tenzing Sherpa and other Himalayan explorers.

Trekking in Nepal take you through a country that has captured the imagination of mountaineers and explorers for more than 100 years. You can meet people in the mountain villages whose lifestyle has not changed still in generations. Most people like and trust foreigners. Nepal is in-depended country.

Many of the values associated with a hiking trip at home do not have the same importance during a trek in Nepal. Isolation is traditionally a crucial element of any wilderness experience but in Nepal it is impossible to get completely away from people, except for short times or at extremely high elevations. Environmental concerns must include the effects of conservation measures on rural people and the economic effects of tourism on indigenous populations. Even traditional national park management must be adapted because there are significant population centers within Sagarmatha (Mt Everest) and Langtang national parks.

Trekking does not mean mountain climbing. While the ascent of a Himalayan peak may be an attraction for some, you need not have such a goal to enjoy a trek. As far as most people are concerned, trekking always refers to walking on trails.

During trekking see the great diversity of Nepal. Villages embrace many ethnic groups and cultures. The terrain changes from tropical jungle to high glaciated peaks in only 150 km. From the start, the towering peaks of the Himalaya provide one of the highlights of a trek. As your plane approaches Kathmandu these peaks appear to be small clouds on the horizon. The mountains become more definable and seem to reach impossible heights as you get closer and finally land at Kathmandu’s Tribhuvan Airport.
During a trek, the Himalaya disappears behind Nepal’s continual hills, but dominates the northern skyline at each pass.  Annapurna, Manaslu, Langtang, Gauri Shankar and Everest will become familiar names. Finally, after weeks of walking, you will arrive at the foot of the mountains themselves – astonishing heights from which gigantic avalanches tumble earthwards in apparent slow motion, dwarfed by their surroundings. Your perception of the Himalaya alters as you turn from peaks famed only for their height to gaze on far more picturesque summits that you may never have heard of – Kantega, Ama Dablam, Machhapuchhare and Kumbhakarna.

What Is a Trek?

Whether you begin your trek at a road head or fly into a remote mountain airstrip, a large part of it will be in the Middle Hills region at elevations between 500 and 3000 meters. In this region, there are always well-developed trails through villages and across mountain passes. Even at high altitudes there are intermittent settlements used during summer by shepherds, so the trails, though often indistinct, are always there. You can easily travel on any trail without the aid of ropes or mountaineering skills. There are rare occasions when there is snow on the trail, and on some high passes it might be necessary to place a safety line for your companions or porters if there is deep snow. Still, alpine techniques are almost never used on a traditional trek. Anyone who has walked extensively in the mountains has all the skills necessary for an extended trek in Nepal.

Some treks venture near glaciers, even cross the foot of them, most treks does not allow the fulfillment of any Himalayan mountaineering ambitions. Nepal’s mountaineering regulations allow trekkers to climb 18 specified peaks with a minimum of formality, but you must still make a few advance arrangements for such climbs. Many agents offer so-called climbing treks which include the ascent of one of these peaks as a feature of the trek. There are a few peaks that, under ideal conditions, are within the resources of individual trekkers. A climb can be arranged in Kathmandu if conditions are right, but a climb of one of the more difficult peaks should be planned well in advance.